A short documentary by Afternoon Pictures

Friday, 4th May screenings at 4 and 6pm
Exploring 20 years of Taliesin and the impact of community woodlands in Galloway. Introduction by founder member Alyne Jones.
Suggested donation £3

1n 1995, the idea of a Millennium Forest stirred the enthusiasm of many people, proposing to extend and improve native woodland areas all over Scotland and re-establish and strengthen the connections between communities and their local natural history.

Reforesting Scotland (RS), which developed from Bernard Planterose’s “Tree Planter’s Guide to the Galaxy”, was and continues to be very influential for a number of us. When RS held its annual Gathering at Laurieston Hall in 1995, there was much talk of the Millennium Forest project, and an old friend, Tim Stead pointedly noted that there were no proposals from Galloway, the most forested part of Scotland.

A local voluntary association, Southwest Community Woodlands (SCW) formed, its core being made up of folk whose interests in local environmental matters had come together earlier in response to proposals to bury nuclear waste in the granite hills at the heart of the Galloway Forest Park, the bulk of which lies in the west of the Stewartry.

SCWT continues to develop in association with a number of local initiatives, including riparian planting along the upper Urr and elsewhere, native tree nurseries, and the creation and development of our community woodland centre at Taliesin. 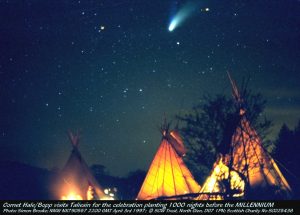