Glaciers in the Stove Cafe 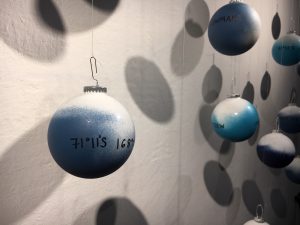 There are 178,000* glaciers currently around the world. How many of them can you name?

People name things for lots of reasons; to claim ownership, to map, to locate, to commemorate or congratulate, to know or mark a time, or a place or a landscape.

In the naming of things we gain familiarity. It is easier to image a glacier called Foggydog, than one without a name.

If we can’t name them, how will we miss them when they are gone?

At the moment, 10% of land area on Earth is covered with glacial ice, including glaicers, ice camps and ice sheets. Glacial ice store about 69% of the world’s fresh water, if all land ice melted, sea level would rise by approximately. 70 metres worldwide.

Since the early 20th Century, glaciers around the world have been retreating at unprecedented rates. Many are retreating so rapidly that they may vanish within a matter of decades. Glaciers are considered among the most sensitive indicators of climate change as they are so affected by long term climatic change such as precipitation, mean temperature and cloud cover. 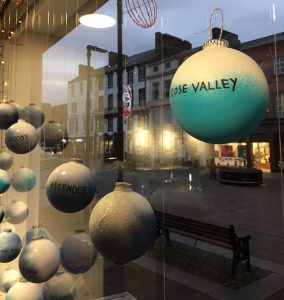 In the Stove cafe as part of our Christmas decorations, we have christened over 80 of our festive baubles ceremoniously after some of our favourite glacier names, alongside the co-ordinates so you can look them up yourself. Pop in for a closer look. 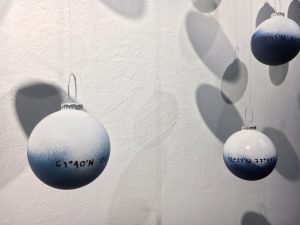