Artists and Community Landowners: Meet the Artists: Coulson and Tennant 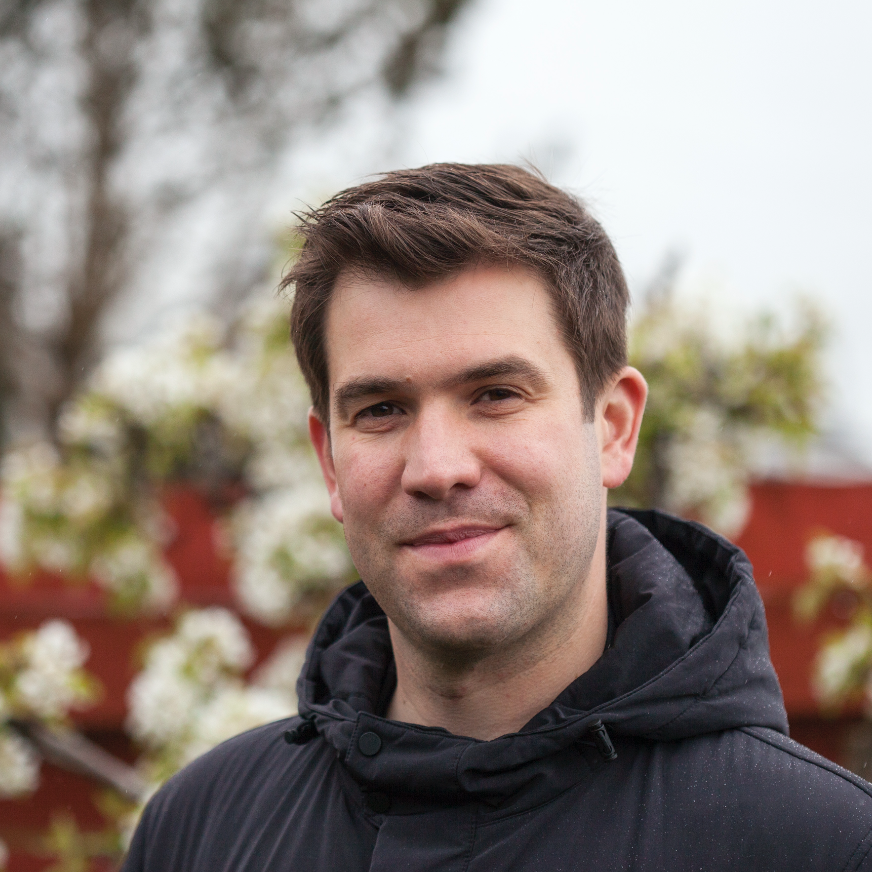 Artists and Community Landowners is a collaborative project digging down into the stories of community landownership across Scotland and the impact it has for communities. The Stove is working with Community Land Scotland and six collaborating community trusts to explore stories of “ownership” and the effect it has had for local people, their identity, decision-making and the economic and social benefits for their community.

The Stories of Radical Landownership commission is being undertaken by Coulson and Tennant. As part of the project they have been visiting community land owners throughout the country; Bridgend Farmhouse in Edinburgh, Isle of Eigg Heritage Trust, North Harris Trusts and South West Mull and Iona Development Trust.

Can you briefly explain your practice?

We (Dr Saskia Coulson and Colin Tennant) are an award-winning artist partnership, who develop projects through a lens-based practice, combining genres of documentary and fine art. Our work is underpinned by academic research and through visual storytelling, we create artistic, documentary and environmental work and draw inspiration from historical, creative and ecological references.

We aim to make works that spark conversations about the past, present and future of our man-made and natural world. We strive to create stories and produce work that can speak to various audiences; from local communities, international media, academia, art and cultural sectors We want to reach as many people as possible because we seek to create work that can advocate for change in the world.

How are you approaching the commission?

We believe that capturing stories of radical land ownership is important, both in terms of current social documentation, but also as a means to advocate for future practices and policy. And we think that communities should not only have rights to their land, but also the ownership of their narrative. Therefore, we wish to explore and share the story of community land ownership in Scotland through collaborative visual storytelling. For several years we have been embedding forms of co-creation into the process of visual storytelling. This way of working leverages the voices of communities and can enlighten situations in ways that could have not been otherwise anticipated.

We aim to use our skills in making multimedia stories and foresee our project building on three collaborative actions:

Document– In the context of photography and filmmaking, our work sits at the intersection of fine art and documentary and this allows our work to be used across many different media platforms. We will make multimedia material that can raise awareness and visibility of community land trusts across Scotland. Understanding the needs and expectations of various audiences, we can work with project participants to tailor the narrative and identify the various platforms where these stories can have a real impact.

Enable– We have developed methods and processes in our practices which supports others in visual storytelling, specifically, using mobile phones to document their lives. We have experience in delivering training workshops, both in-person and online. We want to collaborate with the four trusts to create visual stories which show the unique background of their journey and the impact it has had on their community.

Connect– Our practice is transdisciplinary (arts and culture, editorial and academia), and we make connections to try and increase the recognition of our work and the work of our collaborators. We see this project as part of our ongoing practice. Prior to the Stories of Radical Landownership commission being publicised, we had been researching current initiatives, including the community buyout of Langholm and Wanlockhead, and would like to explore how this project could develop into a framework for other communities.

The main aim of this project is to co-create visual stories with the communities. We hope to create a mixture of multimedia pieces, including photographic essays, short films/moving image work and audio pieces. These stories are expected to take several forms. They can be made in Gaelic and English and can vary in length from each community partnership, but also culminate in a longer documentary project. We want the communities to feel ownership of these stories and to use them to demonstrate their successes, but also the challenges they face. We also want to explore how this way of working can advocate and support future community buyout projects and have an effect in areas such as policy and land reform.

What excites you about the project?

We are excited to be working with four diverse community trusts at a very important and exciting time of Scottish land reform. The trusts that we are working with as part of this project are Bridgend Farmhouse in Edinburgh, Isle of Eigg Heritage Trust, North Harris Trusts and South West Mull and Iona Development Trust.

Each trust provides a unique perspective in the bigger story of radical land ownership. We are collaborating with each to capture the journey that led them to form a trust and undertake a land asset transfer, but also to explore how the concept of ‘ownership’ effects the people of the communities. We are framing this project in an approach to building stories around the past, present and future of the trusts and community land ownership in Scotland.

There are many exciting aspects of this project, but we’ve been thrilled to meet so many interesting people from so many different backgrounds and hear from them their stories of land ownership. We’ve also been working with some young people from some of the trusts and getting to know what their aspirations for the future of their communities are.

How has the process been so far? Anything unexpected?

Currently, we have been immersing ourselves into the project by visiting the trusts and speaking to community members from each.

For example, earlier in the month we went to North Harris, a spectacular area of land located in the centre of a long chain of islands called the Western Isles off the North West coast of Scotland. Its dramatic Atlantic coastline and an incredible mountain range make this a very special place. The community purchased the land in 2003 and established the North Harris Trust to manage the estate. The estate comprises of 25,900 ha. of croft land, common grazings, and open hill ground. The Trust aims at building a stronger community and enhance its wild landscape.

We spent a week with the young people who live on, the estate as they undertook a John Muir Award during their October holidays. This was a great opportunity for us to get to know how young people perceive land ownership and what it means to them to grow up in a community trust. We were able to explore North Harris through their eyes, as they went on many hikes and kayak trips around the estate.

We also met community members who helped to establish North Harris Trust, and they took us to locations which meant a lot to them when they were young. The photo is of Callum, one of the founding members of the North Harris Trust. We started the week with a tour of all the places where he grew up whilst he told us stories of what it was like to be raised in such a remote and picturesque part of the world. The second photo is of Scarp, one of the places where Callum grew up but is now an uninhabited island. 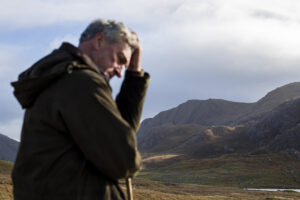 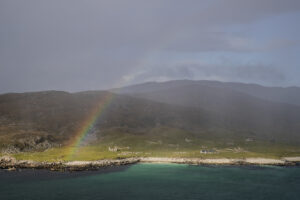 We have also been visiting Bridgend Farmhouse several times over the past month to speak to the members about what it is like to be part of community trust in the city of Edinburgh. This is the only project partner that is situated in an urban context. We’ve been speaking to as many people as possible asking them about how they are involved in the trust, what they think is the value of having Bridgend Farmhouse as a community-owned asset and what they would like for the future of the organisation.

We’ve also been asking everyone at Bridgend what they think ‘radical land ownership’ means to them. We’ve been surprised that for many it is a simple idea that by having a place where you can go and do something that connects you with nature, physical making or building in the company of people you feel connected to. It is often reflected on in sharp contrast to many of the current values that are prevalent in contemporary society.

Has covid-19 affected your work with the community?

Everyone has been more careful in light of the global pandemic and we’ve been keeping up and abiding by the increased social distancing regulations. Fortunately, we have been spending a lot of time outdoors as part of this project. We’ve been lucky so far as most of the time that we have been collaborating with people the weather has been surprisingly good for Scottish standards.

We have also been meeting some community members on online platforms instead of face-to-face meetings. The silver lining of this approach is that we have been able to organise and meet a lot more people with a greater geographical reach than what we might have normally.

We’ve also been meeting with all the project partners and artists on for regular online meeting sessions. These have been great for meeting the other trusts and artists in the project and hearing about the other brilliant initiatives that are happening in regards to Scottish land reform.

This short film, Our Island/Eilean Againn Fhèin was created by young people working with The North Harris Trust alongside Saskia and Colin as part of their project.