A Day At Off the Record – A Short Review

As a young musician playing in a “neo-folk” duo, I was under the impression that it was vital that you had to play an instrument to be able to work within the industry. I have never be more disillusioned! Last weekend my band member and I attended Off The Record at The Stove in Dumfries, an event where anyone from 14 to 25 interested in working within the music industry could learn about all it’s key factors and how important they are.
The event was a series of seminars and talks from lots of different speakers who came from lots of different parts of the music industry. These talks ranged from learning about organising and getting gigs, producing and releasing music, working within the music industry, promoting your or your band’s music and getting the best images to promote your music and style.

There were many elements of the day that I found very informative including a presentation on realising music by Toni Malyn who works with EmuBands. He gave a step by step talk on how to get your music heard through companies such as Spotify, he also gave us useful information on how to release covers of other artists’ songs – this was something that we as a band duo found especially helpful. We learnt what the term “derivative work” meant from Toni, a phrase that has definitely stuck with me.
We also got the opportunity to listen to Nick Roberts, who is part of the team who run the very successful festival Electric Fields each year. He gave us a good insight of what his job was and how important it is to be a band or musician who is “good to work with”. He explained that you could be a rock star on stage but it is vital that you can work well with the organisers as it makes their jobs easier and everything runs smoothly. I thought that this piece of information was something that was very rudimentary but the most important.
He also gave some communication tips and how using emails effectively is also important. I was completely amazed as to how many bands copied and pasted emails to companies and promoters – I discovered that a “personal touch” can really go a long way within the industry. 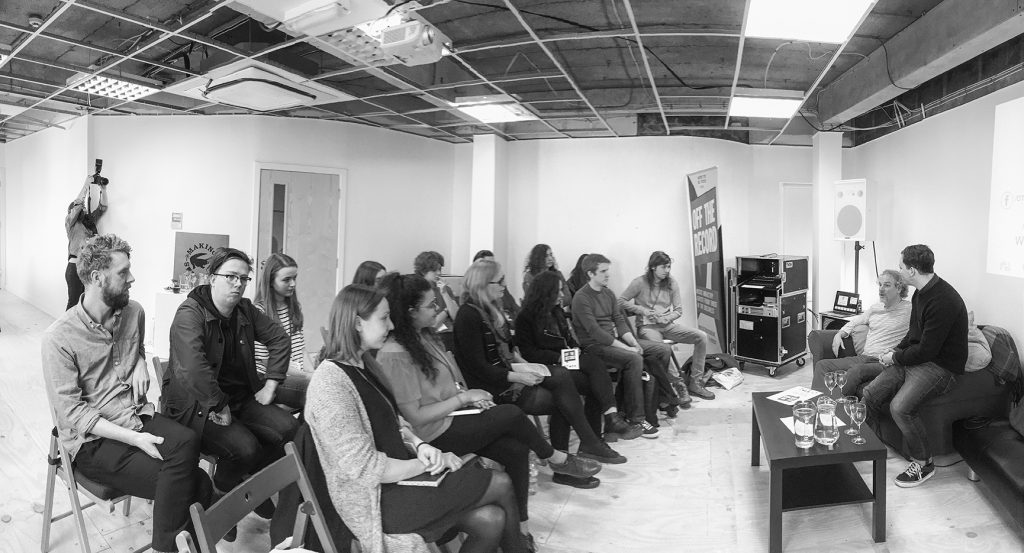 We also got the chance listen to Jannica Honey, a well experienced photographer who has taken photos of bands such as The Killers. She gave us a presentation on the do’s and dont’s of music photography and provided helpful and nifty tips on creating the best photography so you or your band could get the best image for your sound and your style. She gave you simple questions to ask yourself like “who are you as a band or musician?” And “what and where does your music represent?” These simple questions made me really analyse our own band and where and what we symbolise.
Off The Record also highlighted a really fundamental part of the music industry – promoting your music. Derick Mackinnon of New Found Sound spoke about press packs and how using social media a lot can be a really great way to promote your music. This last talk was a really excellent way to wrap up the rest of day.
Attending Off The Record has really opened my eyes about the music industry and the amazing and unexpected destinations it can take you to, it isn’t just about playing music on a stage – there are numerous other jobs within the music business from sound engineering to promoting and even taking photos. It was less daunting to know how many career paths within music there really are. It was also really nice to hear humble advice such as “Be supportive to other bands” and “Flattery will get you everywhere” – modest guidance like that definitely reminded me of the excitement and enjoyment within the industry, and why I would really love to have a career in music whether it is playing in bands, promoting or even writing about it. 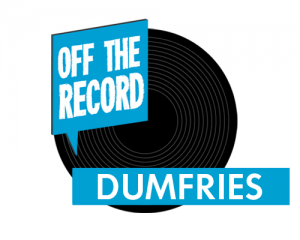 As a young musician, I would highly recommend going to Off The Record if you have the opportunity to. If you are a musician or interested in following a career within music then Off The Record is a phenomenal event where you can get a taste for it. It will open your eyes and fill your soul with first-hand knowledge from the best kind of people who have been there and done that.

By Isla Gracie of Taagan