We have received some great news to end the year – The Stove Network has been awarded the best Creative Regeneration Project in Scotland 2016! The prestigious Scottish Urban Regeneration Form (SURF) Awards took place in Glasgow last week, at the Award presentation dinner. Launched in 2003, these awards have become the benchmark for best practice and innovation in community regeneration in Scotland. This is an award for everyone connected to The Stove. We’ve all been a part of making a new momentum of change in Dumfries – whether taking part in projects, attending events, or simply being a member and telling others that The Stove is something worth checking out. 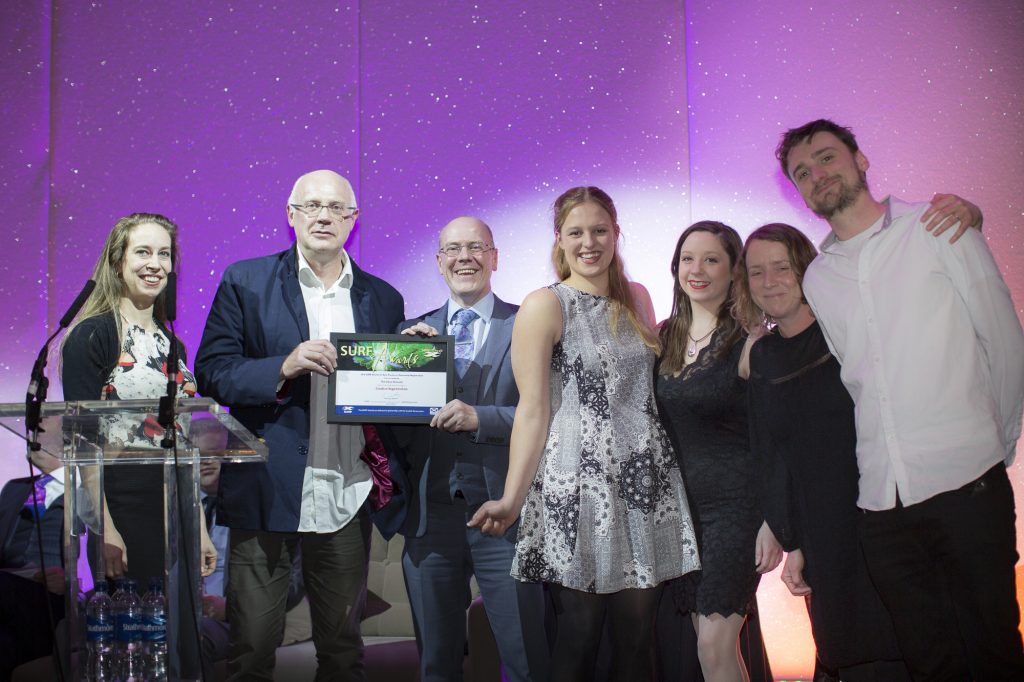 During their visit to the Stove back in October, the judges of the SURF Awards noticed a buzz about the town and could see that a big part of that was down to The Stove. It’s fantastic that other people are looking at Dumfries as somewhere that is trying out new ideas. The SURF Awards are a way of profiling and sharing these ideas. It’s been great to find out about other projects across Scotland as well, and we’re really pleased to be have been nominated alongside them

The judges commented, “The Stove Network demonstrates that a strong and uncompromising creative vision stimulates debate, giving the local community a greater voice in issues affecting Dumfries, from frequent flooding to high street regeneration. It was clear that The Stove Network has had a significant and transformational impact on Dumfries, and that the energy and drive demonstrated by the creative team, their partners and the wider community will continue to revitalise Dumfries and make a real difference to the place and to people’s lives.” 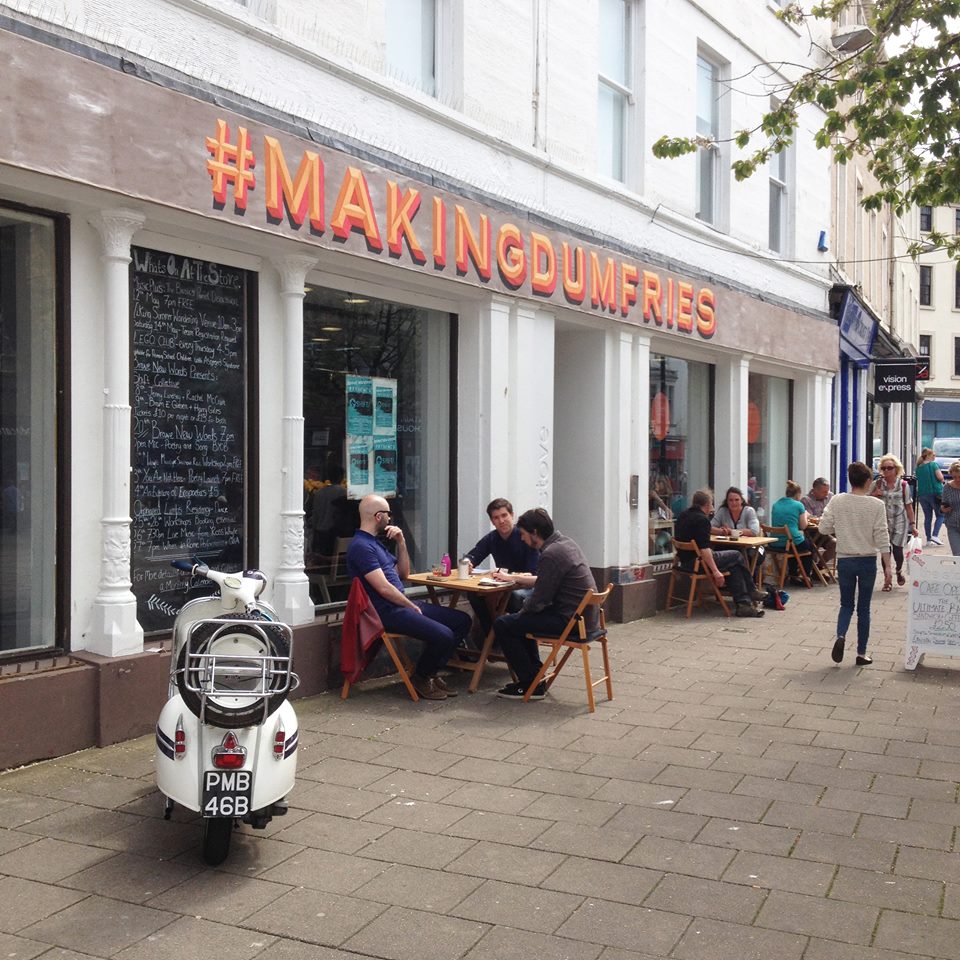 The SURF Awards identifies and celebrates success in revitalising Scottish communities. The other projects shortlisted alongside Dumfries were from Easterhouse in Glasgow and Falkirk. Since 1998, the SURF Awards have promoted regeneration initiatives, large and small from across Scotland. Town centres are now looking at different ways of sustaining themselves, and creativity and the arts have a big part to play in this.