We were inspired recently by a letter into the local Standard newspaper from Maureen Farrell, looking at some of the locally led community projects and initiatives kicking off in Dumfries and calling for a push from agencies and larger organisations in the region to join a new movement of locally inspired positive change for Dumfries.
For those who missed it in the paper, on the 6th of February, we’ve decided to reproduce it here. 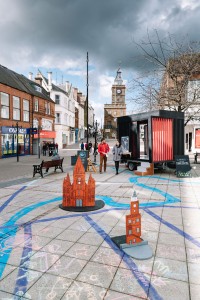 ‘Having just enjoyed the delights that the Big Burns Supper brings to my home town of Dumfries has made me think that here was a homemade success story that was conceived by a local person, Graham Main, and brought to life by the hundreds of volunteers.

It brings the town to life in the dead of winter but, as well as entertaining us, it most importantly brings money and people into our region.

Kirstin McClure Rowe and Leah Halliday are working on a project to bring artists, makers and producers of crafts to the High Street to assist them in marketing their produce but especially to revive the High Street. By having a variety of talented people show their wares they hope to offer a range of unique products and help to market Dumfries as a town that people would want to visit. 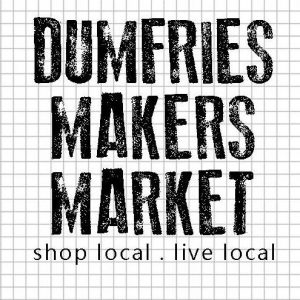 At the moment Save Rosefield Mills is holding community consultation meetings to explore how we might rescue the beautiful mill in Troqueer that overlooks the Nith. Luke Moloney, Mark Zygadlo and Sheila Cameron are leading the battle. It would be such a failure if we let our heritage rot away. Again it is a local initiative led by local people.

More about Save Rosefield Mills here

The Stove is facilitating an attempt to bring housing and other services back to the Midsteeple Quarter. Matt Baker and fellow activists are leading this community-led initiative which would help in re-populating our wonderful Georgian High Street architecture.

Belle Doyle is leading an attempt to improve the rail connections between Dumfries and the central belt with the Dumfries Railway Action Group. This would not only improve our access to Glasgow and Edinburgh but it would also bring people flooding into this area.

These are all examples of local people doing it for themselves. These initiatives have sprung up now because people are tired of seeing the town of Dumfries fade away. We deserve something better.

There has been a lot of criticism of Dumfries and Galloway Council for not doing more but we have to remember that local government is being hammered by austerity and is struggling to fulfill its legal duties in the fields of education, social work, litter collection, planning etc.

Today I read an article by Aditya Chakrabortty about the regeneration of Preston, a town in Lancashire, which had problems similar to our own. Preston turned its fortunes around by spending locally. They call it Guerrilla Localism. [You can read the article in full here]

The local council, NHS and other big-spending organisations were persuaded to spend whatever monies they received from government in their local area, keeping the money circulating there and bringing more employment to the town and its surrounding area.

They did this by breaking down contracts that had to be tendered into amounts that local firms could provide. This increased the number of people locally who were in employment, they in turn spent their money locally and the town and surrounding area prospered. By having the courage to take the initiative local councilors in Preston rescued their town from fading away into obscurity. Who not Dumfries and Galloway, I thought.

I believe the examples I have outlined show that we have the people locally who are prepared to work energetically to make things happen. Now we need the local council, NHS and other agencies that are centrally funded to examine what they do with the considerable amount of money they do receive and make it work for Dumfries and Galloway.

Guerilla Localism could turn around the fortunes of Dumfries and Galloway.’ 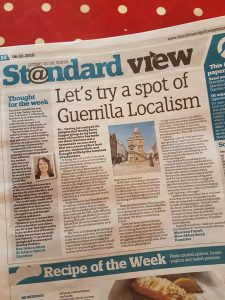 Maureen Farrell’s letter in the Standard earlier this month