Part of this project took us to Norway to start to make some friends across the water.  We visited some of the former whaling towns that are directly connected to Dumfries as the home of those first arriving into Dumfries Station in the summer of 1941 – Tonsberg (our former twinning town), Sandeford and Bergen.

The enthusiasm and sense of shared connection to Dumfries with the people we met was quite overwhelming.  We spoke about the project in the Forsmannsenteret Centre for elderly residents in Sandefjord, children of those relationships and marriages made during the time of so many Norwegians in our town.  Met with local officials and other arts organisations to talk about future collaborations and tried to capture a tiny part of Norway’s side of our story.  There is still much to find out but we have made a start at least….we even made the local Sandefjord Press! 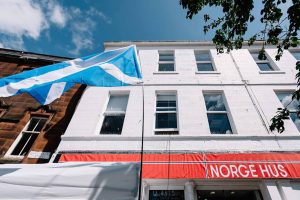 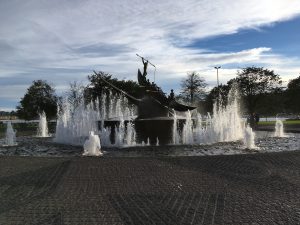 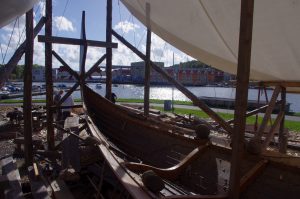 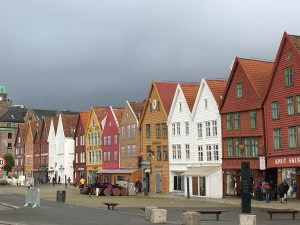 The World Heritage site of Bergen 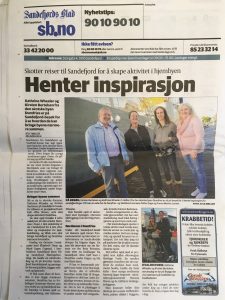 and the Sandefjord Press