August 11th saw our sixth staging of Nithraid, a fun family event that takes place on and around the river with an estimated 2,000 in attendance. The daring sailing race, which involved two races this year, starting from the Solway Firth and sailing up the river Nith was made possible by one of the highest tides of the year. While waiting for the boats to arrive, visitors and families were invited over to The Mill Green to enjoy our Nithraid Village which had food, live music, free activities and entertainment. 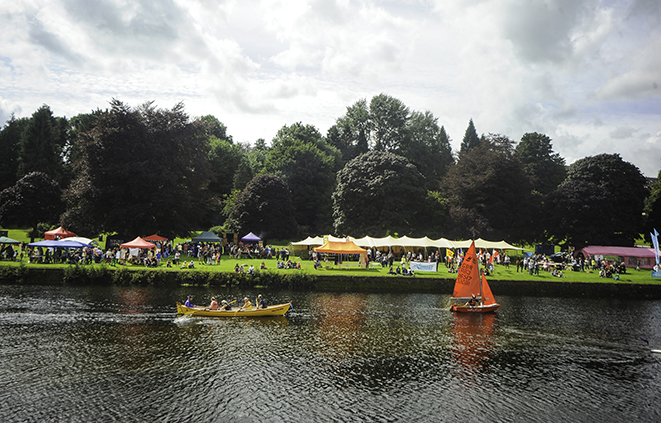 We would like to say a big thank you to everyone who came along to Nithraid this year, and a special thanks to those who were involved making it one of our biggest Nithraids yet – whether you were working, volunteering or just came along to cheer on the sailors. We were happy to see so many stay on for our second ‘Nithraid Nighttime’ as well and help us continue the celebrations into the evening.Nithraid is a celebration of the town’s long relationship with its river, highlighting the way the Nith connected Dumfries to the rest of the world through trade, goods (including Coos) and sailpower. It is created and produced by The Stove Network and is part of our mission to make creative opportunities for local people to be involved in the future of Dumfries. A total of 8 boats took part in the sailing race, with all boats carrying a small cargo which must be delivered into the town to complete the race. The winner of the sailing boat race was Mark Zygadlo and the coastal rowing race was won by Alnmouth.

Mark was absolutely delighted to have won after five years of trying. Commenting on his win, he said, “Nithraid is a unique race; it takes you from the sea right into the centre of Dumfries and is visible from the shore along most of its length. It is such a good sail that the competitive aspect of it, though definitely there, is not the only thing that matters to the sailors. There’s time to chat to other boats as you pass them and negotiating the bridges is always an exciting spectacle. Dumfries is really fortunate to have such a glorious river at its heart and Nithraid celebrates it.”

A large crowd of people joined in with the legendary Salty Coo procession, starting from The Stove and finishing at the Mill Green. This year, Dumfries based production and arts company ‘The Maddjakkalls’ were commissioned to create a magical and mysterious procession with their collective of artists and performers. 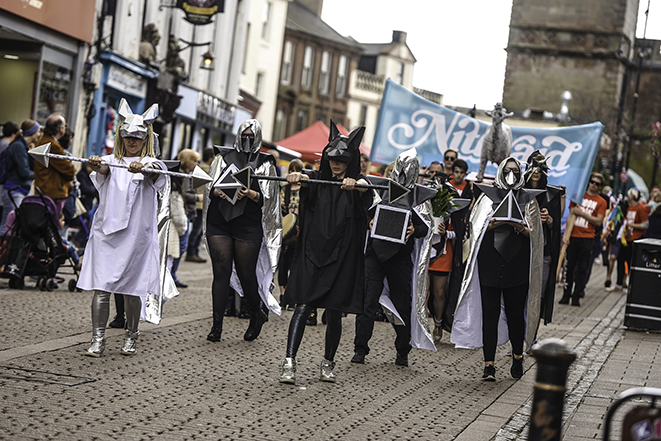 Visitors to Nithraid were then treated to an afternoon of great food and fun family activities. Local music acts played throughout the day, organised by young musician Ruari Barber-Fleming. Amongst the acts were Ellie McConnachie, Liv McDougall, Corrie Russel, Kate Kyle and Benji Haynes. Community groups and organisations hosted several free workshops including zine making, badge making, stone carving and mosaic making. This year, Nithraid also celebrated international relationships with young people from around the world through the ‘Amaze Me Leader’ Project. Their week-long visit to Dumfries and Galloway culminated in volunteering for the day at Nithraid and helping organise events and activities.

As part of Nithraid 2018, The Stove Network commissioned local musicians Double Down Disco to create a performance for Rosefield Mills – something to publicly mark the moment of this much-loved local landmark waking from a long sleep. Double Down Disco provided a sonic adventure in two parts which visitors enjoyed on the Double Down Disco dancefloor in the Dock Park. The soundwork included sounds from the hillsides to the mill, woven into a worker’s story, then fast forwarded to a place brought back to life and play. 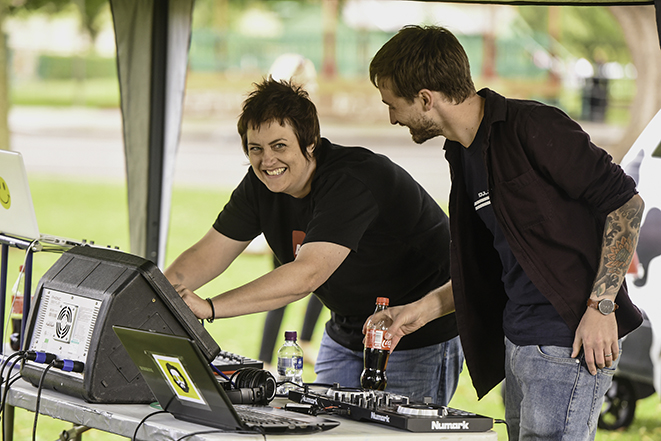 For the second time, Nithraid also continued into the evening for ‘Nithraid Nighttime’. Visitors to Nithraid were invited back in the evening for food, an outdoor cinema, campfires and tales from Mostly Ghostly and music provided by Soundsystems. 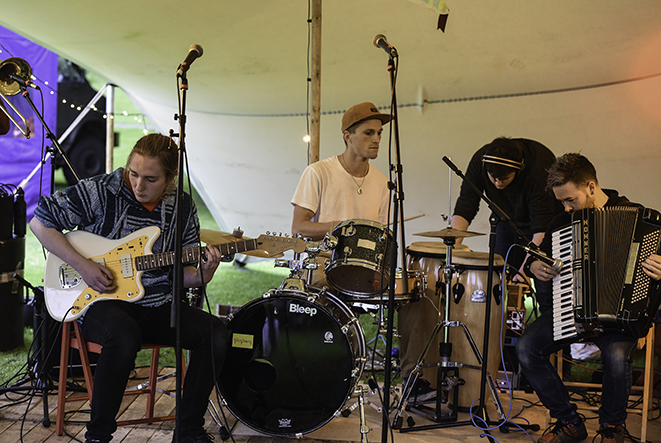