Contemporary Creative Currents in Scotland in memory of Gordon Robertson

Last week we were delighted to host the event ‘Contemporary Creative Currents in Scotland’ featuring two illustrated talks by national cultural figures –  Andrew Crummy and Collective Architecture. Presented by The Saltire Society and The Stove Network, the event was in memory of Gordon Robertson who was an active and much missed member of both organisations.

The first talk was by Ross Aichison of Collective Architecture; an award-winning, 40-strong, employee owned studio across Glasgow and was established to pursue themes of participation and sustainability in architecture. They are are one of the most exciting young practices in Scotland and unique in the way that they are structured to give all who work there a say in the work of the practice. Ross gave a fascinating acoount of the design ethos of collective and two specific current projects, one in Dundee and the other in the old school site in Lockerbie.

The next talk was from Andrew Crummy, an independent artist. Andrew Crummy has a unique place in the history of community art in Scotland. His mother, Helen Crummy, started the highly influential Craigmillar Festival Society which began as a grass roots festival for local children and grew to become a launch pad for household names such as Billy Connoly, Bill Patterson and Jimmy Boyle.

Andrew grew up within this amazing cauldron of creativity and gave a first hand account of the people and the ethos of the community projects in Craigmillar and the associated works around the country. Andrew himself became an artist and is best known for leading the Great Tapestry of Scotland Project which involved over 1000 volunteer stitchers and is now being housed in a specially built venue in Galashiels. 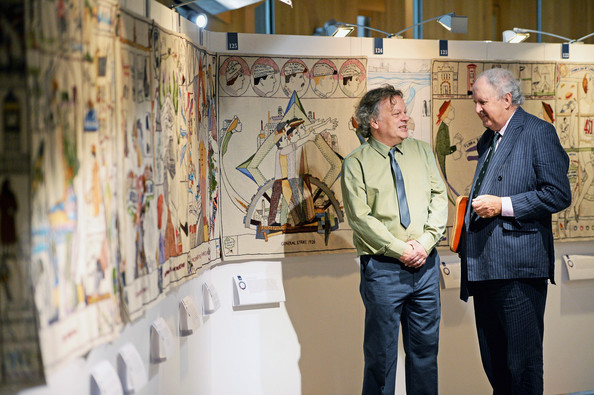 Andrew wrote the chapter on Scottish community art in the book published last year called ‘Culture, Democracy and the Right to Make Art – The British Community Arts Movement’. At the event, Andrew announced that the rights to this book has now been bought by Manchester University who have made it available as a free download link here: https://www.bloomsburycollections.com/book/culture-democracy-and-the-right-to-make-art-the-british-community-arts-movement/?fbclid=IwAR352SsPWHrWw1yzVTEER15jqRGRtEJsrfR2N_OUUJVAxCGgW67wly98wXk 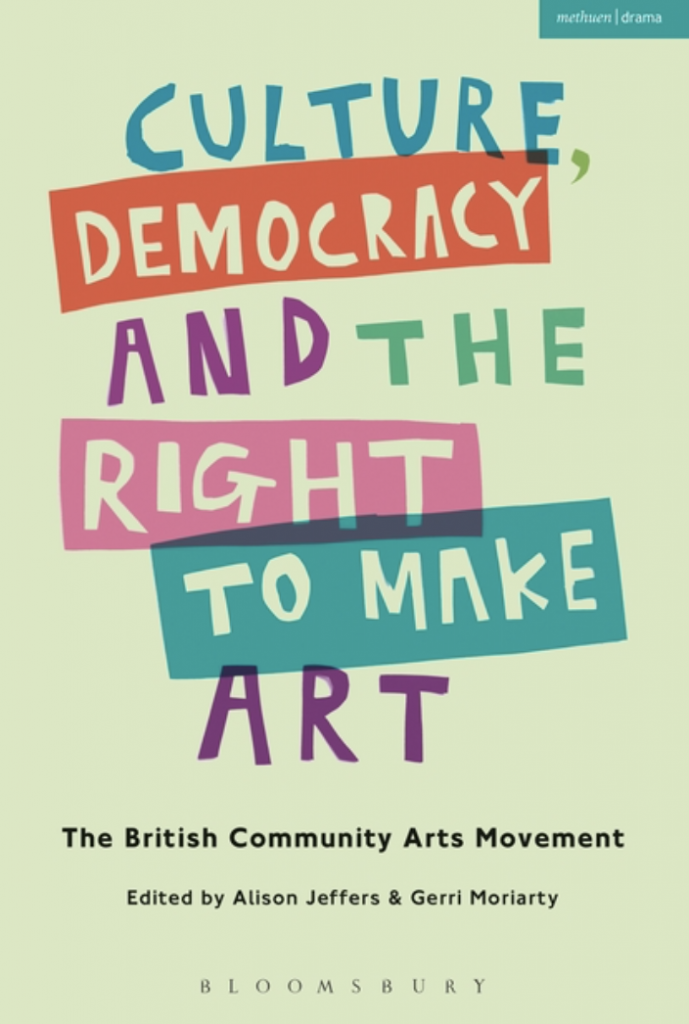 The evening was in memory of Gordon Robertson, a man of wide-ranging and eclectic interests, which were rooted deeply in his local community in Dumfries and his upbringing but ranged across genres from painting to writing and opera. He was particularly keen on international travel and a regular on exchanges to Gifhorn (Dumfries’ twin town in Germany) whilst at the same time nurturing a strong commitment to the culture and history of his beloved Dumfries.

A collection of his paintings was also exhibited in The Stove Cafe space. In Gordon’s later years, it was his artwork in particular which held his greatest interest – his style and his different use of mediums was wide ranging and topics were diverse with particular focus on local landmarks but also featured interpretations from his travels to Germany and Iceland.

He frequently had his paintings exhibited in venues across the community, he was very knowledgable on multiple subjects and wrote many articles on topics of historical interest and would speak at local events – he was a passionate Burnsian and therefore a ‘weel kent’ face in the local community. If you ever passed him in the street and exchanged a pleasant ‘How are you Gordon’ you had to be prepared for a long response… and more often than not you would leave knowing something that you didn’t know before the encounter started!

His death at the age of 82 earlier this year will leave a void in the community and his enquiring mind along with his ability to retain a vast memory of historical knowledge even in his later years will be sadly missed. However, the small selection of his work which was exhibited will allow his memory to live on and is a fitting lasting legacy to a very special Doonhamer. 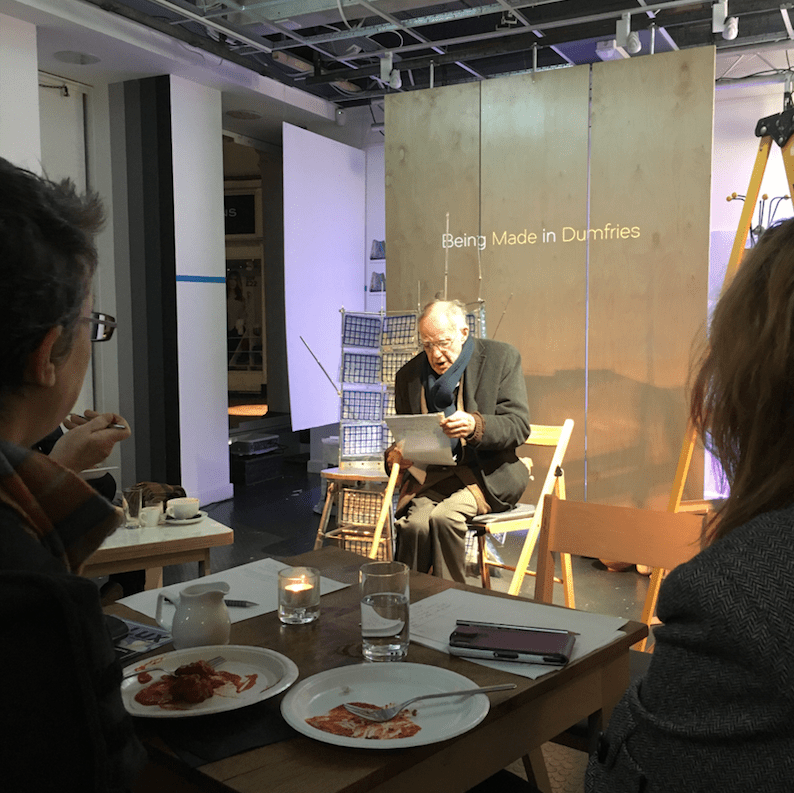